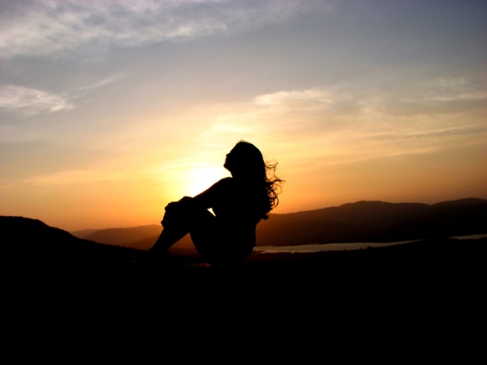 I had promised we will start bible study, bad me, just this once let me break that promise and bring up something interesting just for you.

God is conceived by those who believe as all powerful and all knowing. From the creation story in the Book of genesis it indicates that all was created through his will and knowledge and all that came to existence he knew and he was happy. From this argument of creation, believers insist that all that exists were created by God, such as St. Augustine, an apologist who said there is a theory of seminal principles in the explanation for those things that come to existence later yet creation was done in time. It begs an answer from the believers to explain the origin of evil, yet all that was created by God was good. However from one point of understanding, evil refers to lack of something that ought to be there and the question comes, where was the God who is said to be all knowing and all present for such a mistake to occur, was it an omission or a deliberate move by him?

Others blame evil on the issue of free will, they say human persons use their freedom to create evil, to some extent this argument holds especially on those harms caused by fellow human beings to others. However some happenings such as earth quakes, volcanic eruptions, landslides occur on their own accord and we cannot stop them, yet man has tried so hard even to invent detectors for such calamities but we still loose lives. In us much as we are free to choose, many stories from the Bible which believers use as the source of defense narrates about people whose lives had been destined before even their birth: Jeremiah was told I chose you before you were born and so he had to agree, Jesus says of Judas that cursed was he, he was not suppose to be born and so was Jonah on his mission to Nineveh.

It still amazes me why god who is all loving would use evil to punish Job who was innocent? Instead of protecting him from evil. I would like to end with a question that still troubles me, God is so powerful and so loving, why had he to choose death of His only beloved son as a way for the atonement of sins of human yet he could use his power and save them, as the Bible indicates Jesus forgave people their sins through a word of mouth.

Friends let us embark on a journey through the bible. We will have bible study, yes bible study chapter by chapter and hopefully we will get to the book of revelation together. To start us off bible scholars and other commentators have identified 4[four] sources for the first five books. Here you will find a history of the gods and an explanation of the different sources which for the purposes of this introduction is will just list. They have identifies the Yahwist [J], the Priestly [P], the Deutronomist [D] and the Elohist [E] sources. These sources are distinct in the way the relationship between God [Abrahamic God] is portrayed. They write at different times in the history of the Hebrews and as a result there is bound to be discrepancies in what they have written.

Now that we have history lesson behind us we shall start the journey. For my passages i will use the African Bible, Year of publication 1999, fourth reprint 2005. In places where i will need a more poetic language i will refer to the King James Version, copies which are available on the internet.

Welcome and lets walk together.

In his philosophical discourse, the Myth of Sisyphus, Albert Camus introduces his philosophy of the absurd: man’s futile search for meaning, unity and clarity in the face of an unintelligible world devoid of God and eternal truths or values and asks the ultimate question, does such a realization require suicide. The same question is examined Percy Shelley in his philosophical essay, The Necessity of Atheism.

Does life in and of itself have a meaning beyond those values that we create as we go along? Many people hold on to religion and say it gives their lives meaning whether this is real or not I let you the reader to decide.

I think, our lives have no meaning. That once we go through the accident of birth, we will live and eventually die and that is the whole and short story. Such a profound realization then requires one to create meaning in their lives. This realization awakens you to the very idea that you have just one life here and now and it is imperative that you make it the best it can be. You are called inspire, to change the world you live in and it is only then that you create meaning in your life.

Our afterlife exists in the lives of those we will have inspired while in this life. It is our duty to create a legacy. I think the stronger the impact of our legacy, the longer we will live.

In conclusion, as Camus ably said, the absurd life requires revolt not suicide. Go on and live your life. create meaning, make positive impressions and be happy.