When we last visited exodus, god had hardened pharaoh’s heart, to what extent I don’t know, so he didn’t let the sons of Israel go.

God appears to be angered by this and promises Moses and Aaron he is going to do worse things to the pharaoh. He kills all the livestock owned by pharaoh and the Egyptians but spares those owned by the sons of Israel. If the sons of Israel are slaves, it follows then that they are held us property of their master, what would stop their masters from taking their livestock? Am confused here, when  Jake came to Egypt, they asked to be allowed to stay in Goshen to keep their livestock since it was an abomination to the Egyptians, when did they start to keep livestock? Again as you’ll expect, god hardens pharaoh’s heart, so he can’t let the people go.

God angered by this, I don’t for the life of me see why he should be angry, he promises to bring boils and how does he do this;

10 So they took soot from a kiln, and stood before Pharaoh; and Moses threw it toward the sky, and it became boils breaking out with sores on man and beast.

I thought all livestock belonging to the Egyptians have been killed, which beasts are this suffering boils? But even after this god still hardens pharaoh’s heart, god must be a sadist? Friends tell me, why would a god harden pharaoh’s heart? Is it to make Egyptians suffer, then he likes our suffering; if to show he is powerful then he is vain?

Boils have failed to work and now he brings hail storm and lightning that destroyed every plant and livestock in the field except in Goshen. If you pharaoh, what would you do? Plead with Moses or move your family to Goshen? That aside, what end did this god of the Hebrews aim to achieve? You realize, he ain’t god of everyone but for the Hebrews so those of you who say he is your god are mistaken 🙂

Pharaoh still refuses but not on his own accord. God is fully responsible for his refusal. We can safely say god refuses to free the people of Israel I think he still has some magic tricks up his sleeves. 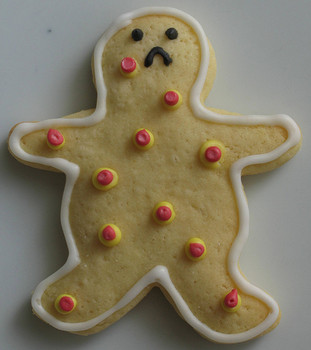 Plague of the boils