I hope this is our last post for today :-P, but I didn’t think it would be fair to let this pass.

First we have a pastor offering marriage advice on twitter.

The same pastor calling for a singles meet up 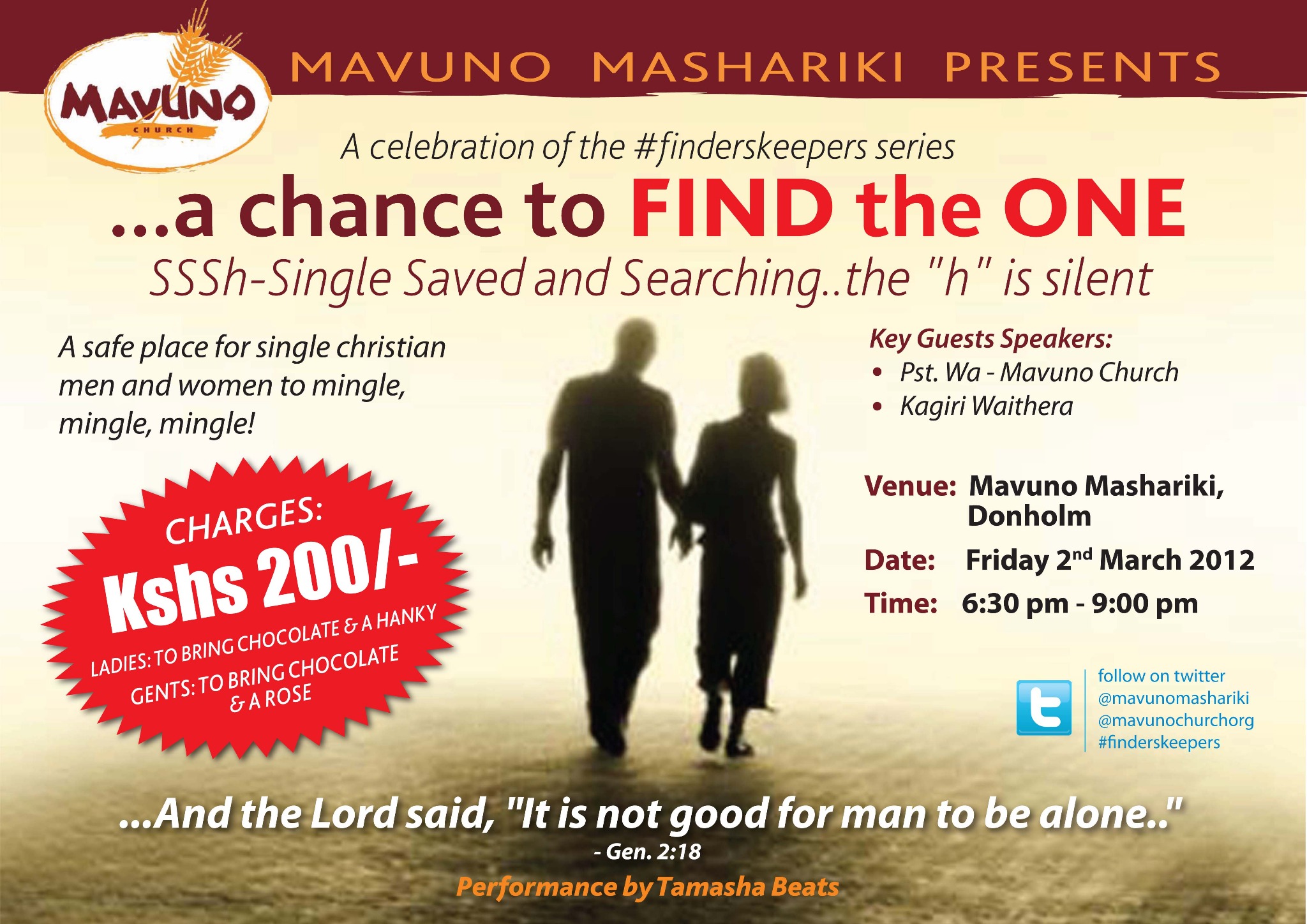 you shouldn’t be single any longer, it costs only Ksh. 200

And lastly the same pastor pleading guilty for keeping a big number of people single.

It’s the church’s fault I’m still single! And I have evidence to prove it!

In 2010, we enacted, after more than 2 decades of activism for change, a new constitution. A document that many hailed as being a great document for charting our journey towards a brighter future, a future that our independence fathers, except of course the first president, had in mind. A unified future, a nation where inequality in distribution of resources will be addressed, the bill of rights be expanded and several constitutional safeguards put in place against the excesses of government.

There was a lot of excitement that so many things were either overlooked or not given serious thought. I will list a few:

Most of you by now know of my disdain for politicians. I think we need as a country to rethink the recall clause, the size of parliament, seriously you don’t want to have close to 400 running amok in a country whose population is mainly sheeples!

Please don’t think am biased to the idiots, nay, politicians

Governors want County budget increased from Sh210 billion to Sh258 billion and they also want offices in Nairobi. Now we are trying to devolve government because for a long time power has been concentrated in the centre and in Nairobi. Why would these dimwits want to live in Nairobi while there areas of jurisdiction is in the counties they represent?

Salary: Members of Parliament turn guns on President Uhuru. I have written on the MPigs haggling for a higher salary and asking for the disbandment of the commission that slashed their salaries. Having failed on these attempts, they have decided to blackmail everyone, from the supposed president, to the revenue authority! A real bunch of thieves and idiots they are.

On a side note, there is another constitutional body that is telling us not to use insults when referring to MPs and others when they fuck us up! To them, go and hang. If you find my language offensive, don’t read it again. It is your problem, not mine.

Friends, things get by the day. All those of you who are sick, don’t bother going to the hospital. There is a pastor who will pray for you and you get well. The good news is you must not meet him, just send him a text and your problems are taken care of.

I just have a minor question, when did god decide whose prayers he will listen to? I think the christians should then just appoint the few people god hears their prayers and the rest of the people can continue with their lives! This will help a long way for one, god will have just a few select people to listen to, they can agree on the times to send their requests so god’s diary is not busy and, for those who believe Jesus is seating on the right hand side of a spirit without form, Jesus will have some work prioritizing what god needs to attend to and help in identifying conflicting requests like two teams all playing for a win in the same match and such like.

When I get the number, I will share it. It is not included in the article 😦

For your weekend viewing I have linked here a video of some dimwits who claim to posses knowledge from the ancients, that the scientific community is in a big conspiracy to mislead you and that the christian god exists.  It is 3 hours of interesting stuff [the Egyptian pyramids, pi, golden ratio and Fibonacci sequence] the bad [appeals to ignorance, outlandish unsupported claims].

In case you didn’t know it, Darwin was wrong, Dawkins is wrong and all other evolutionary biologists are wrong. We, modern man, has been around for millions of years. And scientists lie all the time, and he has evidence the Piltdown Man but he conveniently forgets to tell us, it is the same lying scientists who discovered it was a hoax.

If you have time, you can watch the entire video [it will take 3 hours of your time]. It has some good stuff, some not so good and some outright crap. By the way, big foot is real, the genesis creation story is the only true one and you need to start kneeling down in worship or you are going straight to hell.

Genes have nothing to do with your traits. The fellow who claims to know what the rest doesn’t display an ignorance when it comes to what Spencer was referring to in the statement,

which meant the species most suited to their environment will survive. And Darwin meant it as a metaphor for better adapted for immediate, local environment.

The material is not all there is.

Let us sue the scientists for intentionally lying to us :-P, forget that these buggers in the clip do not interview any single archaeologist, evolutionary scientist, or physicist. They suffer from an advanced case of confirmation bias to the extent that they lack objectivity in anything they are reporting as science that is being systematically suppressed.

In the clip, he claims that this footprint discovered by Mary Leakey have been suppressed.

A Journey into Atheism

Finding my way in a world without God

I can't eat biscuits, but I have a better idea ...