For the crime of interviewing a gay man, al- Ghiety will remain a guest of the state for a year and pay some fines.

What’s more disheartening is the crackdown on suspected LGBTs. Which brings us to this post by Scottie.

I have mentioned Saadawi once on this blog and a quote from her book, Diary of a girl called Souad, is our Sunday reading.

She has Soaud express her feelings thus

And we join her in asking why should we go against God’s will who by making poor people desired that they suffer. The first response would be that god does not create anyone poor but that poverty results from policies and actions of men and women. While this is true, the next question would be why does she let such a situation to remain?

In this post, I highlighted some of what Qaddafi identified as the problems of democracy as presently practiced in many places around the world. I will just note in passing, that he also expressed distrust for elections as currently run in many states arguing that they are tyrannical by limiting people’s choices sometimes to a yes or no question or between parties when it is possible there would be a wide array of issues where there is divergence or convergence. I am not persuaded his political solution to this problem would work for large groups.

His next problem is the economic problem and his solution is socialism. He argues, and I think the point has been made elsewhere, that extreme wealth concentrated in one person is inimical to public weal. He notes further that is only possible with the exploitation or deprivation of another person.

On education he argued that the present system is tyrannical. He argues society should have as many different schools offering different courses suited to different people instead of a few schools with a fixed curricula for almost everyone. He also adds that any society that stifles the teaching of religion is against freedom or a society that monopolizes the teaching of religion is equally against freedom.

One shouldn’t depend on someone else for their housing, food and other basic needs as this would be contrary to freedom. Your landlord can make you homeless.

On law he says most constitutions, being positive law, are sometimes in contradiction with freedom. To him all law should have its origin custom or religion. He seems to me to allow that each place can have its religion that is congruent to its customs. I think anyone of us can see where custom and religion could be in conflict with human freedom.

Finally, for this post, his views on women, and here, I will let him speak for himself

It is an undisputed fact that both man and woman are human beings. It follows, as a self-evident fact, that woman and man are equal as human beings. Discrimination against woman by man is a flagrant act of oppression without justification for woman eats and drinks as man eats and drinks; woman loves and hates as man loves and hates; woman thinks, learns and comprehends as man thinks, learns and comprehends. Woman, like man, needs shelter, clothing, and transportation; woman feels hunger and thirst as man feels hunger and thirst; woman lives and dies as man lives and dies.

And I wish he had stopped here.

But he goes on to say

And I will quote the final excerpt, though one could read more of his views from the pamphlet

There is no difference between men and women in all that concerns humanity. None of them should marry the other against his or her will, or divorce without a just trial or mutual agreement. Neither should a woman remarry without such agreement or divorce; nor a man without divorce or consent.

In general, I would say his critique on democracy and parliaments does seem to hold true in many places. His solution to the problem is plagued with the question of practicality for large groups.

Every class struggle is a political struggle. Marx

I have just began reading from Qaddafi’s Green Book. I take it this was one of his intellectual contribution to accumulated knowledge and wisdom of the race. In the first chapters that I have read, he critiques parliament and party rule, arguing they are but dictatorships of the party and cannot be called democratic.

He saw the book as, and here, I will let him speak for himself

THE GREEN BOOK presents the ultimate solution to the problem of the instrument of government, and indicates for the masses the path upon which they can advance from the age of dictatorship to that of genuine democracy.(emphasis mine)

About parliaments he writes

The parliament of the winning party is indeed a parliament of the party, for the executive power formed by this parliament is the power of the party over the people. Party power, which is supposedly for the good of the whole people, is actually the arch-enemy of a fraction of the people, namely, the opposition
party or parties and their supporters. The opposition is, therefore, not a popular check on the ruling party but, rather, is itself opportunistically seeking to replace the ruling party.

take a look at our situation, where as Dr. Ndii rightly said, our politicians are morally bankrupt and if they represent anything, their stomachs must be high on the list. The majority of parliamentarians come from the ruling/ controlling party. How can they be a check on a government of which they form the majority?

When he writes about the party, his argument is even more pointed than he would be given credit for. This may not be true for all places, but for a Kenyan, it rings closer to home

The party system is the modern equivalent of the tribal or sectarian system. A society governed by one party is similar to one which is governed by one tribe or one sect. The party, as shown, represents the perception of a certain group of people, or the interests of one group in society, or one belief, or one region.

Look at the composition of the parties, and they are almost all of them an extension of the tribe.

Anyone who listened to Muraithe or other Jubilee honchos speak, wouldn’t find truth in what he says next

Such a party is a minority compared with the whole people, just as the tribe and the sect are. The minority has narrow, common sectarian interests and beliefs, from which a common outlook is
formed. Only the blood-relationship distinguishes a tribe from a party, and, indeed, a tribe might also be the basis for the foundation of a party. There is no difference between party struggle and tribal or sectarian struggles for power.

Up to this point, I think he makes quite valid points.

I don’t live anywhere near a border neither do I deal with border security. Having said that, I disagree with Jim who thinks trumpsky should have his wall to stop immigrants. I don’t think anyone should be called an illegal. They are migrants and that’s all. And while there are concerns that the host countries cannot handle all the refugees, which I think could be possible, but we have to agree that economic policies, some pushed by WTO have made the case of economic refugees worse. So instead of burying our heads in the sand and addressing a symptom, why not bravely ask the governments to address the real problems.

Nick Kolakowoski in his post lists a few examples of border walls and their successes while William Wilcox looks at the ideology behind border walls.

I am more inclined to this position

The solution, however, isn’t to create massive walls to tell these people that they are unwanted but to increase humanitarian aid abroad, in order to address the issues creating these refugees, while working to welcome the refugees at home.

though it ain’t humanitarian aid that is needed. The place to start is fair trade agreements, reducing armed conflicts around the world, encouraging multinationals that run sweatshops in third world countries to stop and start paying fair wages.

I am confident that all of you can come up with more humane ways to address the crisis than a border wall and a government shutdown. Besides, there are reports of trumpsky having undocumented workers in his various hotels giving credence to the claim that his wall is not really about US of A’s safe borders but could be a manifestation of his racism. But maybe I am wrong about trumpsky, the wall and everything else.

Coz you may be guilty of ruining the reputation of a place and get arrested for it.

I don’t think multiculturalists will claim I am ethnocentric when I argue here that it is absurd to punish anyone for a hug. There’s nothing indecent in it and any society that punishes it has a problem.

Maybe all the students in this uni, if they had any sense in them, should protest by hugging. They could invite me, if they are up to it. 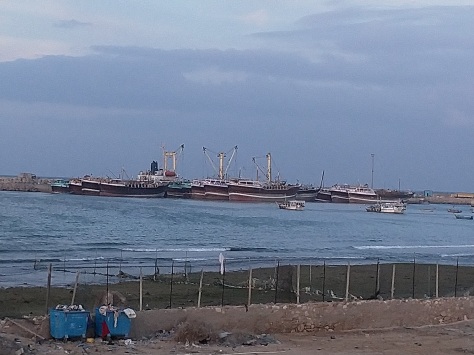 view to the dock. i can only think this portion of ocean is deep though it’s a protected beach coz the waves are quite gentle 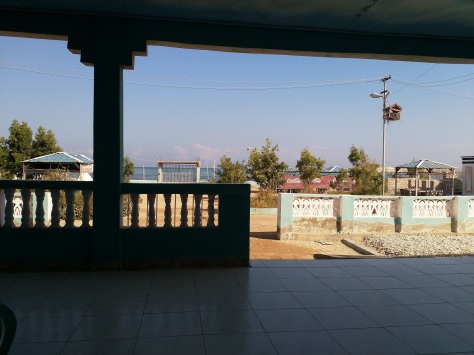 gates. i love gates for the opportunities they hold or open up to 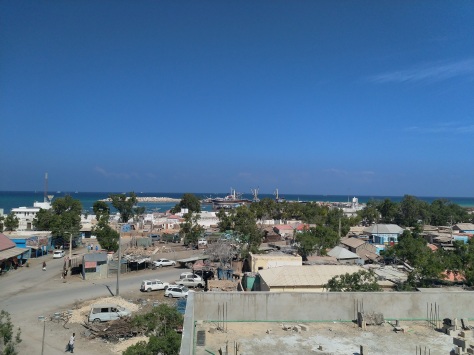 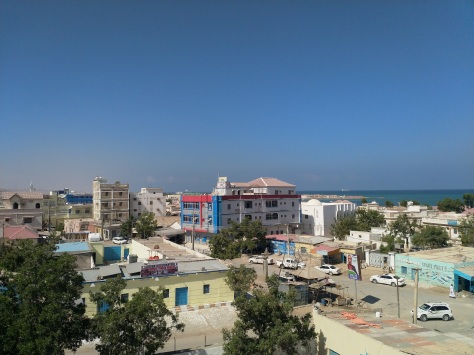 deep blue sky or is that the dome of the firmament 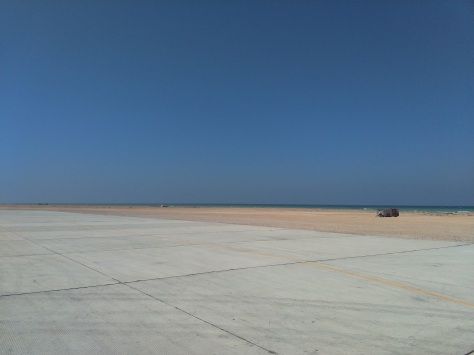 one side of bosaso international airport 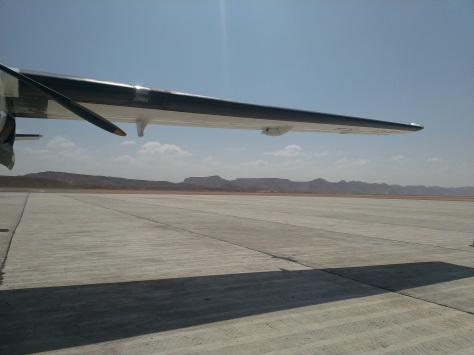 the other side of the airport

Blasphemy laws most always protect majorities against dissenters and not the other way.

That may be true, we would agree.

“Outside of time and space,” you postulated.

Then why not say at once that you

Which tells us of our lack of sense?

Al Ma’arri along with Al Rawandi (?) Are among some of the greatest Arab skeptics and poets who scandalized the Arabs through their open disdain for religion, and superstition, and especially for Islam.

One wishes they had carried the day.

Now, this is one of the many topics we have not covered on this blog and time has come for us to finally dip our feet in this murky water.

So I was reading comments on Ark’s site and I saw somethin’ about Gleason map being a masterpiece of unequaled cartography, by the site’s resident mad man, and I went agoogling. And while reading the comments, I learnt that we have all been duped, there is no gravity! It’s all density and buoyancy. Dense things fall past buoyant ones. It feels funny typing this.

And finally, I will never look at sunrise and sunsets the same way.

Any flat earther passing by should enlighten me on whether they have visited the extremes of the earth and what their view is of the other planets. Do they exist? Are they also flat? Oh, one last thing, as the earth is flat, is it a disc in space or it is on terra firma that is supported by some columns or ground beams?