But whenever I have said this, I have been told no, that the market bla bla and all. Now in the midst of this pandemic, an American company has been given exclusive rights to make an antiviral drug that would be used in managing covid19. With this exclusivity, they will profit from it for 7 years, during which time even if generic drugs were developed, Americans would not be able to buy. I don’t know what to call it. But i have been informed it is not greed, so I leave it to the rest of you to come up with a descriptor.

Why I say it is theft. Listen to this

Gilead Sciences’ remdesivir was developed with at least $79 million in U.S. government funding, according to a paper published last week by KEI. The origins of the drug came after the 2014 Ebola outbreak in western Africa, which spurred research into potential antiviral medications to control future potential pandemics.

You can read more here

Hooray to the free market where we are told the government should keep off the markets while at the same time it is busy subsiding big companies, carrying out deregulation and all.

And why are so many of them found in the US of A?

And what do you do with evidence you don’t like? Hide it.

This author has on more than one occasion argued against the death penalty, arguing as others more eloquent and read than I have, that the death of one innocent person outweighs all the benefits to society achieved through the death penalty. There are many places in the world where the death penalty is still in the statute books. There are occasions I have been almost persuaded that having the death penalty is good so there is a way to deal with politicians and the corporate types who collapse banks with people’s savings and the like. I believe, however, that an active volcano would do just fine for this group of miscreants.

But I digress. Capital punishment was introduced in Kenya by the Brits (remember they came to civilize the Africans: sarc) in 1893. While it’s use was not so prevalent in the early days of the colonial state, it got to a crescendo during the emergency years and from what I have read, many Africans were hanged on very flimsy grounds, rules of evidence were swept aside and the conduct of the cases were such that the accused in many cases were not represented. In short, there was miscarriage of justice in the interests of the crown.

It appears also that its application was racially motivated or biased, if the comments of the District Commissioner for Nyeri is to be believed. In 1921, the DC is reported as having said

sometimes i wonder whether in this country, capital punishment is not inflicted on natives more often than is necessary to attain the ends of justice. (Hynd, 2012).

In my conclusion, my other argument for abolishing capital punishment in Kenya is because it is a colonial relic instituted not so much for the interests of justice but law and order.

Hynd S (2012) Toward a History of Violence in Colonial Kenya. The International Journal of African Historical Studies, 45 1 pp 88-101

Yours truly is trying to conduct a study on religious attitudes and need your help. Kindly fill and share the form widely as possible. I am working on a paper which I will share once it is complete.

That is if for a moment, we pretended that it or they existed?

First, we wanted to be immortal.

Now we want to be forever young!

So I went to google and this is what I found,

Then there is this.

At this point, I am still not any better than when I started 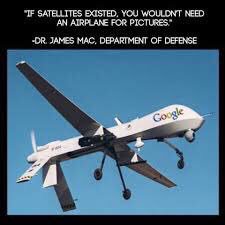 So tell me, what am I missing?

Now, this is one of the many topics we have not covered on this blog and time has come for us to finally dip our feet in this murky water.

So I was reading comments on Ark’s site and I saw somethin’ about Gleason map being a masterpiece of unequaled cartography, by the site’s resident mad man, and I went agoogling. And while reading the comments, I learnt that we have all been duped, there is no gravity! It’s all density and buoyancy. Dense things fall past buoyant ones. It feels funny typing this.

And finally, I will never look at sunrise and sunsets the same way.

Any flat earther passing by should enlighten me on whether they have visited the extremes of the earth and what their view is of the other planets. Do they exist? Are they also flat? Oh, one last thing, as the earth is flat, is it a disc in space or it is on terra firma that is supported by some columns or ground beams?

I have expressed my disdain for politicians and pastors. However, the group of politicians I find most despicable are moronic ones and in this group, honorable mentions go to the political leadership of Nairobi, kiambu counties, just to name a few

Without providing alternative, reliable and efficient public transport, the idiots running Nairobi think that by raising parking fees, they will solve the congestion problem. You should note that this seems to contradict what the Muigai’s government, a not so clever one for that matter, is doing. Instead of assisting county government of Nairobi plan for public transport, they are expanding roads which we don’t need in the short and long term.

Maybe, it is really true, fools can’t be helped.

Before those like him come to harass me, I know businesses and offices are moving away from the CBD as a result of congestion, filth and better spaces available elsewhere.

I advocate for public transport including NMT. The county government has a duty to provide transport services to the residents. Raising taxes and levies without providing alternatives is plain stupid.

But maybe Nairobi and the country generally loves its leaders stupid and ignorant.

We have lately been short of news. And we don’t want to make you read any uninteresting stuff. There was a thought to ask what you good people think about marriage; should the state be involved? Is it a scam/ plot by men to subjugate women? Should we change the marriage to kind of contract, so the vows instead of being till death do us part it should read till we get bored with each other or something reasonable.

We will not dwell there but you can weigh in below what you all think.

I want however to tell you the different creation myths as told by Africans to add to that other one you know.

The Lozi narrate that god was still on earth when he created man after creating all the other things. He went on to make different peoples, each with its own custom, language and manners.

The Lugbara say that god in his transcendent aspect created the first men, husband and wife, long long ago.

The Mende say god first made all other things and then created men, both husband and wife.

The Abaluhya believe god created man so that the sun would have someone for whom to shine. Then created animals and plants to provide food for man.

For the Shilluk, god used clay of different colours in making men, which explains the difference in complexion.

For the Bambuti pygmies, god kneaded the first man out of clay, covered it with skin and poured blood into the lifeless body.

For the Akamba, the first man and woman were extruded from a rock.

There are many more such stories.

And then there is the Dogon theory of the beginning

Random thoughts
Create a free website or blog at WordPress.com.