In the movie take the lead, Antonio Banderas tells the students that through dance, they will learn to respect and trust each other. He tells them, ballroom dance requires trust and respect. Now, people, you have often heard it said the African is in rhythm, they didn’t mean me, for I can’t dance to save my neighbour’s life.

In stories I have read about my ancestors, young people went around naked. Adults had loin clothes. I can understand people in colder climes requiring full body cover. This could apply to those in the desert too.

If you are still wondering where I am going with this, worry no more. This discussion and the #MeToo movement has got me thinking about how we are socialized on matters sexual relationships and nudity. Why do we have a lot of predation at work places and here include those of clergy from different faiths abusing young ones?

What is the way forward? In the post on nudity, Rautakky and Bob argue the issue with changing rooms is cultural relic that ought to go.

My second question is, has it historically been this way? That is, have we always been prudish about nudity and changing rooms? And how do we improve relationships between the sexes so we don’t have a scenario like that of Nassar ?

I like nude art.  However in the last few months I have noticed that there seems to be an aversion/ censorship of nude figures on most social media platforms. Even Playboy has indicated they will not have nudes on their pages.

What are your feelings on public nudity and its display on social and print media?

I just finished reading Mary Shelley’s Frankenstein or Modern day Prometheus. Victor’s desire for knowledge leads him to create a being who in his on eyes is monstrous.

When this being kills the William, Victor’s brother, he swears to kill it and a discussion ensues between them. The being tells Victor that in as much as it has done wrong, he has no right to kill him. On the contrary he makes Victor see that he has a responsibility to him. It is to Victor to make him happy, wretched as he maybe.

The question we must ask here is if the creator of a sentient thing has a right to destroy it?

I had a dream about you. I was running barefoot on the beach, and you were chasing me because you were a cop, and I was naked. I couldn’t believe you tried to arrest me. What, is it a crime to run with no shoes?

It’s the invention of clothes, not nature, that made “private parts” private.”
― Mokokoma Mokhonoana

This is a public service announcement. It may turn out all mixed up, so excuse me.

Then we have that insane thing called National Prayer Breakfast where our corrupt MPigs and preachers meet over sumptuous breakfast to pray to their gods to help keep them safe from poor Kenyans. Some tweets about the event.

#NationalPrayerBreakfast won't sanitize this govt. Let them resign & return everything they have acquired illegally.That's my Bible.

With all the #NationalPrayerBreakfast meetings by leadership, how come terrorism, corruption, nepotism and tribalism are still order of day?

Enough of the faith, let's get to the action. @Ukenyatta @WilliamsRuto #NationalPrayerBreakfast

Then, here we find a person with enough intelligence to eat and nothing more. Reduces everything to tribe and nothing else. From my tweet about how useless the event is, all he sees is my tribe.

#NationalHyenaBreakfast is he most stupid hashtag in a while.

@omnoel Do you even know who organizes it or are you Cord-blind?

@omnoel There's a 90% prbability you are and the body is actaully one individual with no ties to the State. Idjit.

And lastly we come to the other obsession of the religious, marriage.

Doug tells us the traditional understanding of marriage is one man one woman and I must, sincerely, ask which tradition?

Ignorance of history is a bad thing. Though the bible isn’t a history book, we have in its pages concubinage, incest and prostitution. Prostitution wouldn’t have been condemned unless it was already prevalent. For the ignorant christian of today to write marriage was mortally wounded in the 20th century is to me, a display of ignorance of the facts as they stand.

That the christian is unaware of the promiscuity that was prevalent in the church until recently doesn’t surprise me. I only wished they don’t say it out loud. It is not contraceptives that is the problem. It is the religious idea that sex is sacred that means there is a lot of repressed sexual energies that is the problem.

One would ask why the bible talks about divorce, gives grounds for divorce if it wasn’t already happening?

I sympathise with the religious, I really do, but I hate to tell them that their fears have their source in ignorance. Had they been a little more enlightened, it would be obvious to them that couples would still divorce whether LGBTs had their rights to marry granted by legislation as they should have. Promiscuity will  not increase or decrease because LGBTs are not discriminated against.

Please, you goddites, work on your relationships. Don’t bother with that which doesn’t concern you.

As an introduction to a bit of history, the christian, I suggest they read this post. It is short. 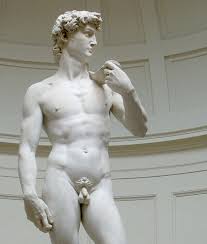 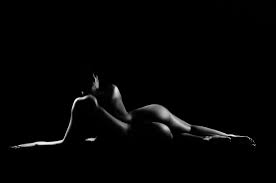 Fellow sufferers, shed those clothes, it may be good to be clothes free. Now that I have your attention, this is dedicated to my great friend a guy without boxers!

Nudity provides health benefits for your body and brain.