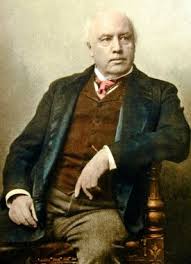 . This gentleman graced the earth between 1833 and 1899 when he was laid to rest. I don’t want to talk about his life, just a review of the books.

He attacked religion with all he had, satire and superior wit. His lectures are a good read for anyone who is interested in free thought, human rights and other social issues of his time that are relevant to us now.

In the mistakes of Moses, he for the sake argument assumes that Moses wrote the first five books of the OT. He then goes out to point out the mistakes Moses made in the name of a deity and he insists a god couldn’t command such atrocities. To top it up, he asks god to write it down in his book he refused to accept that was the work of a deity.

In Why am an Agnostic, he gives reasons why he can’t believe in god. He says in it he studied the other religions and so that christianity didn’t look any different from the other religions except in its insistence on being the only true religion. He says so many men, women and children were killed in service of this god. No god would command such a thing. He says he read Paine, Voltaire, Humboldt and other great men of the 18th and 19th century and their critiques of the bible and of the christian religion and is convinced they were right. That they valued man more than gods.

In the Lectures of R.G Ingersoll vol 1 and 2, we have a collection of lectures he gave on several issues. In the lectures he pays tribute to the great men such as Paine, Voltaire, Humboldt, Hume,  Darwin; he talks about the Declaration of Independence of the US of A,  pays tribute to Abraham Lincoln and responds to his critics from the religious side. He in many instances show that the bible wasn’t believed when it was written and it can’t be believed now. He further shows that truth does not require a miracle only falsehood does.

In About the Holy Bible, he attacks almost every tenet written in that book. He shows us why the book could not have been inspired by any deity. He seeks to say the truth about the bible because the pastors dare not. The professors in colleges dare not, but for him he has no fear so he will speak for them all and he surely does speak for everyone who has a doubt about the bible and for one reason or another can’t say it.

In Men, Women and Gods and other lectures, he visits the themes I have mentioned above and more. He says consistently that we can’t help the gods, we can’t injure them and that it is our duty to help fellow-man. He then talks about the rights of children, the measure of greatness and responds to his critics in the same manner. He attacks the doctrine of atonement.

In Chinese Exclusion he attacks congress for coming up with laws to exclude the Chinese which is a friendly state. I don’t know how far the US of A has come from the fear of the Chinese.